On August 18, 2022, rumors about a sex tape involving Steve Harvey’s daughter Lori Harvey began to spread on Twitter. People on the social media site have different opinions, and many have tried hard to find the clip but haven’t been able to. Others say they have seen the clip or even have a copy of it in their possession.

A heated debate has been going around about whether or not the supposed tape exists, with many users sharing their anger and thoughts on the whole thing. One user said something funny, “I got 17 viruses trying to find this Lori Harvey link. My computer is about to blow up. Can you stop playing already? Is it or isn’t it?” Before they broke up, the model was linked to actor Michael B. Jordan. Several users have talked about how sad they are that they can’t find the intimate video. Someone wrote, “Send the Lori Harvey link right away! Asking for a friend!” Someone else asked, “Has anyone already found that Lori Harvey sex tape?”

One person even posted a screenshot of the model’s face up close. The post said, “I found seven minutes of Lori Harvey’s tapes. I just need 400 likes quickly, and then I’ll remove the link. #LoriHarveyvideo” Others have posted tasteless GIFS and memes. One user posted a clip of physiotherapy rehab and wrote, “If that Lori Harvey tape comes out, this is what I would look like 5 days later.” Someone else said that if they get their hands on the video, their “weekend is booked.” The breakup between the 25-year-old model and her ex-boyfriend Michael B Jordan was confirmed when they both deleted all photos of each other from their Instagram accounts. It was said that they had been dating for more than a year. 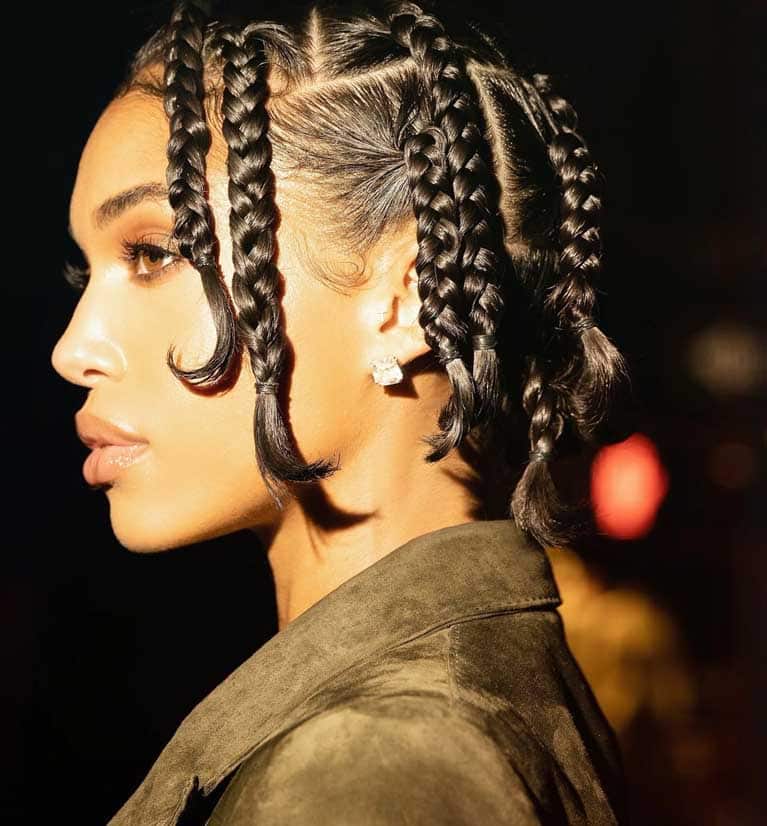 Even though Lori hasn’t made an official response yet, one user made a guess about how her comedian father must be feeling about the rumors. The user shared a GIF and tried to guess how Steve Harvey would react.