Phillip Noyce (The Giver, Rabbit-Proof Fence) directed The Desperate Hour. Chris Sparling (The Atticus Institute, Down a Dark Hall) wrote the script. Naomi Watts (Mulholland Drive, Boss Level), Colton Gobbo (Operation Christmas List, Son of a Critch), and Sierra Maltby (Jupiter’s Legacy) play the main characters. It shows a mother running as fast as she can to her son’s school after a shooting when she doesn’t know what will happen to her child.

The Plot: To say that the filmmakers worked with a sensitive subject would be an understatement. Some people have done it, but they focused on the drama and causes of the situation, not on how strange it was. Because of this, this movie can only go in so many directions.

Amy (Watts), a single mom, stays home sick and sends her kids, Noah (Gobbo) and Emily (Maltby), to school before going for a run in the morning. As soon as she gets far enough away from everyone else, her coworkers, her daughter’s school, and her mother all call her. This is one of the few parts of the movie that feels real, with a bunch of people accidentally ruining a day that was supposed to be for one person. As Amy reaches the peak of her journey, she gets a message that there is a “ongoing incident” at Noah’s school. This sends the mother figure running towards the school for most of The Desperate Hour. Until the last 20 minutes, there isn’t much of a plot, unless you count Amy trying to hitch a ride by trying to stop the occasional passerby, calling friends and business associates, or using a rideshare app. At that point, it seems like Sparling realized that a simple sense of discovery and endless scenes of running don’t always make for a good plot. The movie then switches to a more typical series of Amy’s interactions with cops and regular people around the school, which don’t feel like they belong in the movie’s story.

A film like this needs to have a strong feeling of realism, yet The Desperate Hour lacks this quality, along with growth and taste.

Since the movie’s gimmick is that it stays with one character for most of its length, the main character had to have as much depth and personality as possible. Watts gives her role her all, but everyone else seems less like real people and more like tools the movie uses to get where it wants to go. Because of the way the show is set up, her kids don’t get much screen time. This decision only makes the problem caused by Amy’s one-note character worse, as the film, which was already on the edge of exploitation, becomes even more blatant about how it manipulates its audience. There are eventually calls to Emily, but only after her mother has been unable to reach her for a long time. This makes the character feel like an afterthought.

In The Desperate Hour, the characters are clear failures. They have no faces and don’t do much. Naomi Watts holds the main character together with her acting skills, which seem to be limitless, but only by the tips of her fingers.

The thrills: The Desperate Hour had to be a thriller because it was made by Noyce. He has always been able to get people excited, even when the script isn’t very good. During his long career, he hasn’t lost any of these skills, but here, the excitement just feels wrong.

At least for the first 30 minutes of The Desperate Hour, you can feel Amy’s fear because she doesn’t waste any time running as far and as fast as she can to get to her children. As she gets back to roads instead of paths through the woods, she sees some police cruisers speed up and turn on their sirens, which doesn’t make her feel better. In the background of phone calls, you can hear distant sirens and people talking, which gives the impression of a crowded, scared town. However, this becomes a crutch for the movie, and it doesn’t change much without threatening to lose what little taste it has left.

Down the road, The Desperate Hour tries in a weak way to stop Amy from getting to Noah and Emily quickly by making her trip and fall, forcing her to jog and shuffle through the woods for the rest of her time there. It’s so silly that it’s almost funny, since it doesn’t stop her, even though there’s no reason why it should have. Amy’s attempts to use her phone’s GPS and rideshare app seem like she’s just jangling keys to keep her mind off the fact that she’s not getting anywhere fast.

I have no doubt that any halfway decent parent would do anything to save their kids. However, when the movie gets to the third act, it goes way too far and tries to make a supermom in a way that is truly shocking. Amy does a better job of calming down the situation than the local police and the FBI (given a pass here). The resolution is so ridiculous that it almost makes up for the fact that the movie was mostly boring. 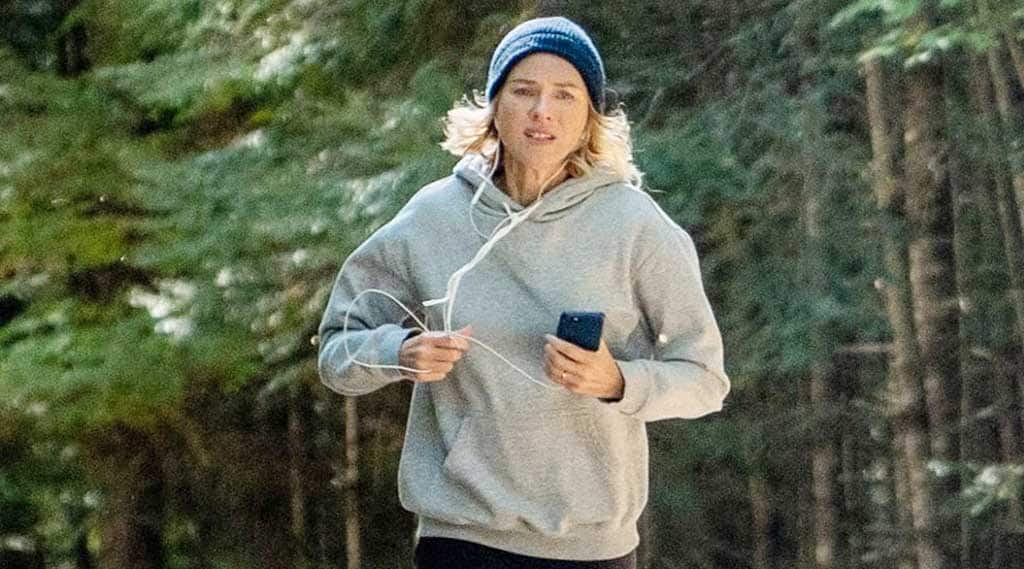 The Technics: Gloss isn’t needed in a movie about a mother’s fear in a situation like this, but it’s still there. Even though the script is bad, there are some good things about the way the movie was made.

Noyce is working just as hard as his star to make an injured woman’s run through the woods interesting. He uses a lot of drone shots to show Amy’s isolation from anyone who could help her get to school and from her problems, which she had been trying to avoid. Even though seas of trees are pretty, the movie would have been more interesting to look at, if not to follow, if the setting had changed before about the 65-minute mark.

The pace is also not good. Since there’s never even a play-by-play of what’s going on inside the building, locking the main character out of the action for so long doesn’t add to the tension. Small scenes of sleuthing are meant to make up for this, but watching Amy try to get the auto parts guy to read a license plate number doesn’t make it any more interesting to see Amy in pain.

The Desperate Hour is not a good movie, in case that wasn’t clear. Watts gives it her all, and the initial sense of panic could have led to something good, but it doesn’t. All the movie is willing to do is stay still and take a heel-turn for the comic.