CBD is short for cannabidiol: a chemical compound derived from the cannabis plant, known as marijuana or hemp. It is a naturally occurring substance and a popular remedy for different ailments. It is the second most prominent of the compounds found in cannabis. The other well-known compound is THC (tetrahydrocannabinol). THC has a psychoactive and psychological effect on its users and creates a mind-altering ‘high’ when consumed. This ‘high’ can be controlled before usage by calculating the volume of THC in a joint. Read more about it. Unlike THC, CBD by itself does not cause a ‘high.’

According to a survey by SingleCare, since 2019, 33% of Americans have used CBD, and 64% of Americans are familiar with CBD and its products. CBD has grown in popularity recently in health and wellness circles due to its touted health benefits without side effects or the psychological intoxication seen in THC.

Despite its popularity, a more significant number of would-be buyers and even present users are not aware of all the characteristics, uses, and benefits of CBD aside from the sole or advertised purpose of purchase. To help advise you on CBD and its usage, we’ve listed some surprising facts about the cannabis compound. You probably haven’t heard of these before:

A central CBD hook point is, despite its origin from the cannabis plant, it does not intoxicate or create a mind-altering ‘high’ as opposed to the other components of the plant.

As covered in the introduction, cannabidiol is one of two major components in the cannabis plant; THC is the other. Cannabis is also known as marijuana and hemp and is famous for its psychologically intoxicating properties.

The usage of CBD products is associated with relaxing and calming effects and is overall more therapeutic than intoxicating. They do not leave the user temporarily impaired as THC does.

CBD IS LEGAL – ONLY IF IT COMES FROM HEMP

The fact may surprise those unfamiliar with CBD or its products, but CBD is legal if derived from hemp instead of marijuana.

The 2018 Farm Bill signed by Trump legalized industrial hemp and, thus, the cannabidiol derived from it. It contains low levels of THC, the primary intoxicating ingredient in the cannabis plant. Hemp and marijuana are the two primary species of the plant Cannabis Sativa. Hemp contains low levels of THC (0.3% or less) and a much higher percentage of cannabidiol compared to marijuana which has levels of THC more significant than 0.3% and less CBD.

Still, the laws governing its legality vary from state to state, so it’s advisable to do a personal check.

CBD CAN INTERACT WELL WITH VARIOUS SYSTEMS IN THE BODY

CBD works well with different systems in the body to produce its therapeutic, healing, and calming effects. It interacts mainly with the endocannabinoid system, a complex biological system in the human body that impacts several significant processes, including sleep, appetite, mood, and memory.

CBD interacts with this system by binding to the endogenous cannabinoids and the enzymes in the system to elicit effects ranging from pain relief to stress or anxiety relief. The outcome depends on the receptors it activates. CBD may also interact with other systems and shows positive effects on them as well. It can suppress the release of neurotransmitters, thereby reducing the occurrence of epileptic seizures.

CBD CAN TREAT ANXIETY AND DEPRESSION

Instead of getting the user high like THC, CBD produces a therapeutic and calming effect, sometimes affecting mood. CBD reduces stress levels and calms the user, effectively tackling anxiety. CBD IS SAFE TO USE

On a general note, CBD is safe to use. It is proven not to alter blood pressure, body temperature, or psychologically intoxicate the user. However, it is always safer to start with small doses for the inexperienced user who may have problems with the correct dosage, slowly working towards higher ones.

Though CBD is generally considered safe, some users have reported adverse or side effects from using a CBD product, such as fatigue or extreme sleepiness, diarrhea, convulsions, decreased appetite, and vomiting. CBD is also known to interfere with specific prescriptions, so be sure to check with your doctor to stay safe.

Recent research shows cannabidiol can treat severe respiratory diseases such as cytokine storm in patients with severe COVID 19. In a cytokine storm, the body experiences a high increase in proinflammatory cytokines. This may lead to severe lung inflammation.

In a cytokine storm study, CBD was proven to reduce the number of inflammatory cytokines and pathways related to inflammation, hence reducing lung inflammation in patients. However, it is not verified if these effects will be the same in humans, and specifics such as dosages and prescription interference are unclear.

A whole plant, CBD-rich extract exhibits superior therapeutic value to the user than a single-molecule CBD extract, as shown in a 2015 study.

CBD works better in tandem with other cannabis compounds, combining chemical properties to produce generally favorable outcomes. CBD suppresses some of the adverse effects of THC, such as paranoia and cognitive impairment. It is usually a matter of research to find the best and most effective combinations, but taking CBD in combination with other cannabis compounds produces better results generally.

CBD HAS HEALTH BENEFITS FOR DOGS

Man’s best friend gets to relish the benefits of CBD as well. CBD can help treat health issues in dogs like arthritis and seizures. 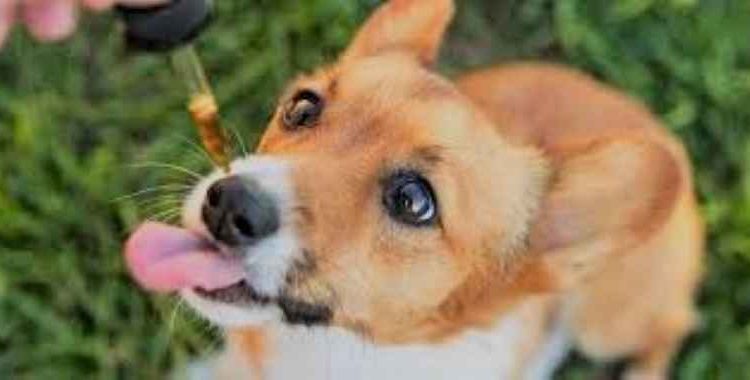 Although more research is needed in this area, there are still numerous benefits: anti-nausea, shiny coats, improved appetite, and joint health.

The novice shopper doesn’t know, but not all CBD oils are the same. While it may take some time to find a quality CBD product for you, understand that CBD oil falls into three categories:

CBD is one of the most therapeutic compounds that can be incorporated for medicinal use. However, you should always consult a healthcare professional if you wish to include it in your diet and lifestyle.